Adolescent’s fast-food consumption and its effect.

Adolescents’ fast-food consumption and its effect.

Fast food is a category of food that is intended to be served as quickly as possible at any eating facility; Fast food was designed to make the procedure of serving meals as seamless as possible, and this has succeeded in meeting customer needs to the best of its ability. Because they are more palatable than conventional meals, people have found them appealing and handy to consume such food items. They frequently eat a lot of high-fat, high-sugar fast food.  It impacts their brain and makes it difficult for them to say no. According to scientific studies, large quantities of fast food increase the brain’s natural opioids, producing a high comparable to — though not quite as strong as — that of heroin and cocaine. 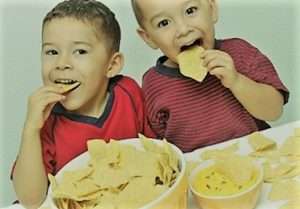 Pizza, noodles, white bread, diet Coke, and other processed foods are examples of fast foods. Instead of nutrient-rich components like whole grains, lean proteins, vegetables, and fresh fruits, fast food is frequently made with inexpensive ingredients like high-fat meat, added sugar and fats, and refined carbohydrates.

Adolescence is the era of growth and development that takes place between childhood and adulthood. Any person between the ages of 10 and 19 is considered an adolescent by the World Health Organization (WHO). This age group is considered young people by the WHO, which defines them as being between the ages of 10 and 24. Adolescents’ nutritional demands are different from those of other age groups. This is due to the fast development and physiological changes associated with puberty that occurs throughout adolescence.

Why do teens consume so much fast food during adolescence?

Nowadays, a lot of youngsters enjoy fast food. Most youngsters find fast food to be quite appealing due to the flavor, comparably reduced cost, convenience, prices, menu options, and taste. Adolescents with high levels of social engagement frequently engage in interactions with their peers. Teens frequently dine in large cities in large groups at fast food establishments. Because fast food is handy for them, students are more likely to eat it before or after school once classes, sports, and extracurricular activities are over, or equally as frequently on weekends.  Adolescents typically experience hunger more easily than most adults do since their metabolisms are considerably quicker and they are constantly seeking something tasty, affordable, and handy. Fast food outlets appear to be waiting for teens to fill their hunger after school when they are all free to do as they want and are on their way home. 33.3% of adolescents reported consuming more fast food due to convenience, lack of time to prepare meals, quality of the food, price, or other relevant factors. 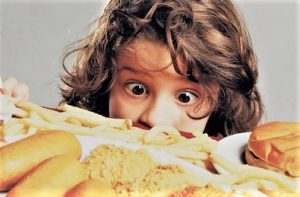 Constipation: A child’s nutritional preferences shift as a result of eating too many calories, fats, sugars, and other carbs over the course of several meals, and they are less inclined to choose fiber-rich foods like fruits, vegetables, milk, and other dairy products. Constipation risk may increase as a result of this.

Spike in blood sugar: The processed carbs and added sugar in fast food digests quickly and causes a sudden rise in blood sugar. This leads to an unnaturally big spike in insulin, which in turn causes the blood sugar to fall. It may make individuals feel worn out. Within a short period after eating, insulin encourages more hunger.

Addiction: Even if the resulting physical issues are already apparent, eating a large amount of fast food as a youngster makes it challenging to eat healthily in adulthood since childhood eating patterns become ingrained by that point. It is quite improbable that the palette would subsequently appreciate the simpler and milder flavors of everyday cuisine due to how addicting fast-food tastes. 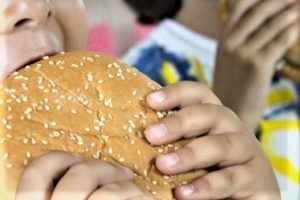 Poor Academics: Fast food can affect academic performance since it is challenging to complete tasks that need long periods of concentrated attention due to low concentration, high sugar levels, and sugar crashes. Blood sugar variations can also cause mood swings and a lack of attentiveness, which reduces student engagement in class.

Less Energy: Due to its inadequate nutritional content for physical exertion, fast food might discourage involvement in extracurricular activities. Children who don’t participate in physical exercise are not only excluded from peer groups, but their physical and mental health also suffers.

Depression: Obesity may lead to sadness and a decline in self-esteem. Even without being overweight, some kids who eat junk food run the risk of being depressed. Depression also has an impact on social interactions, academic performance, and growth and development factors. Additionally, it raises the chance of suicide.

Sleep Disturbances: Caffeine, which can delay the regular sleep-wake cycle and make nighttime a hassle, is frequently included in pop and cola beverages. 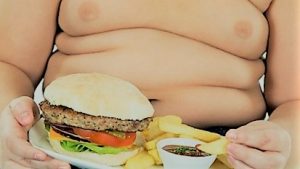 Hyperactivity: Fast food frequently lacks or is deficient in essential fatty acids. These include the polyunsaturated fatty acids omega-3 and omega-6, which the body cannot synthesize but are necessary for the creation of cell membranes and are also present in significant amounts in the brain and retina. It is believed that a deficiency in these nutrients is linked to an increase in antisocial behavior and maybe hyperactivity, however further study is required to confirm this.

Fast food consumption in adolescents must be severely limited since it is harmful and it provides little benefit to the body. The remedy? Unexpectedly, increasing fruit consumption might lift the mood and reduce the extent of atopic disorders. One strategy to encourage adolescents to eat healthier may be to stop marketing bad food to them with fun characters and rewards. Making healthful food more widely accessible, more reasonably priced, and presented more appealingly is another strategy. 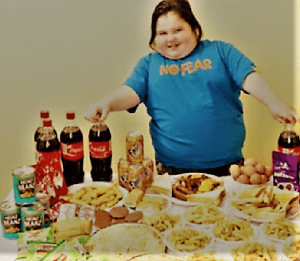 Edited and Designed by: AL-RESALAT


Any questions related to Adolescent’s fast-food consumption and its effect.?